The standard layout used by most nations during the Napoleonic Wars was in two lines, so that the second could provide a reserve. This is described in the British 1792 Regulations as follows: 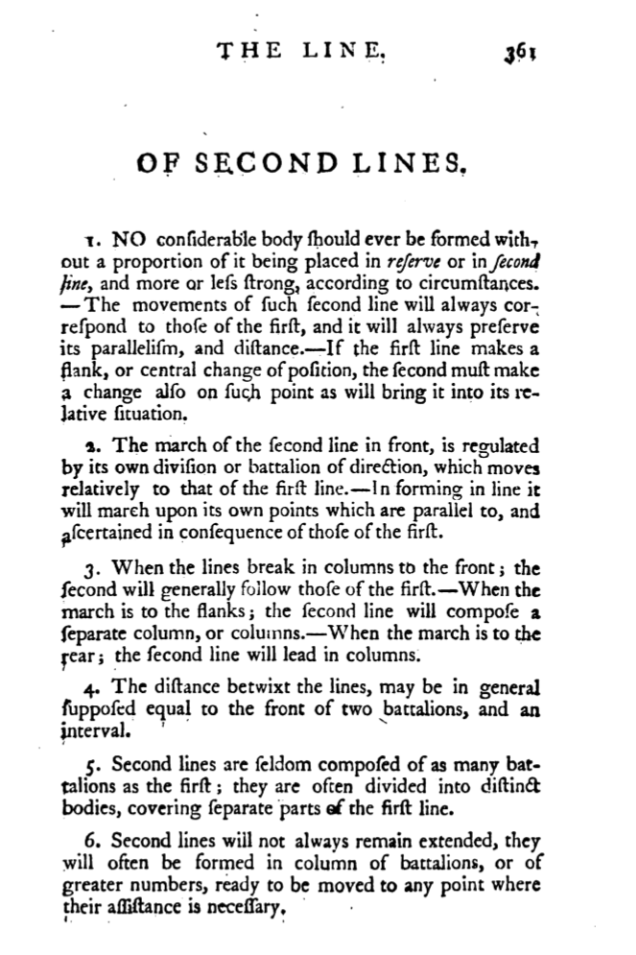 Wellington issued an order for his Army to comply with that regulation:

This two line structure allowed the fresh units in the second line to replace units in the first line. The drill, known as a “Passage of Lines” is as shown below.

The diagrams assume that one battalion in the first line is being replaced by one from the second line, but this could be carried out for several battalions or complete brigades simultaneously. The starting position is as follows: 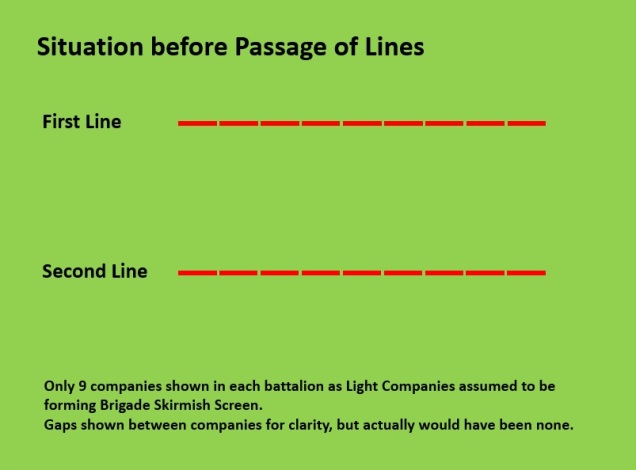 The First Line battalion retires by turning to the right, the head of each company then disengaging and wheeling to their right, so that the entire battalion marches off to the rear in parallel files. 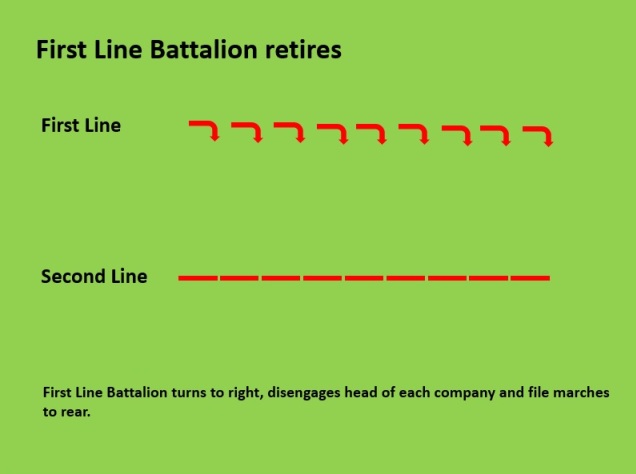 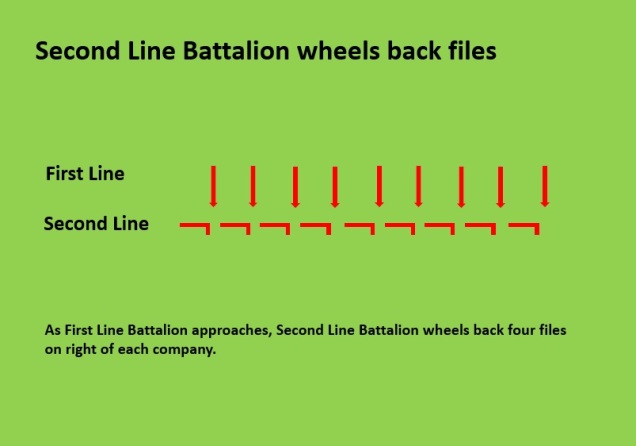 Once the old First Line has passed through the Second Line, the companies wheel back into line.  It was essential that they maintained the correct spacing between them as they marched back, in order to facilitate this.  The new First Line (old Second Line) could now march forward to occupy the original First Line position. 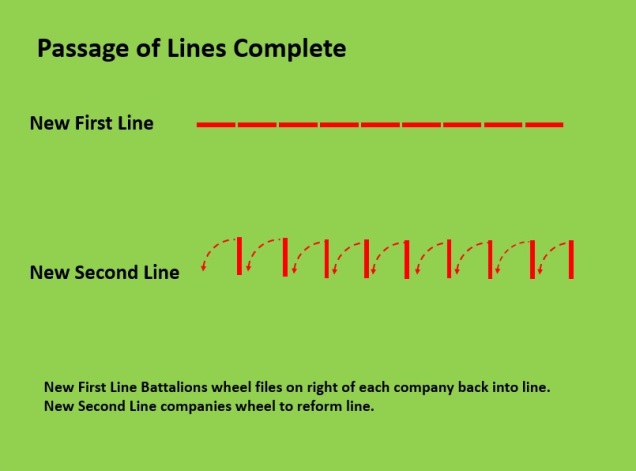 An extract of the full text from British 1792 Regulations is below:

The French could use a similar drill to the British, alternatively they doubled up their companies in the two lines to create the necessary gaps for one battalion to pass through the other. 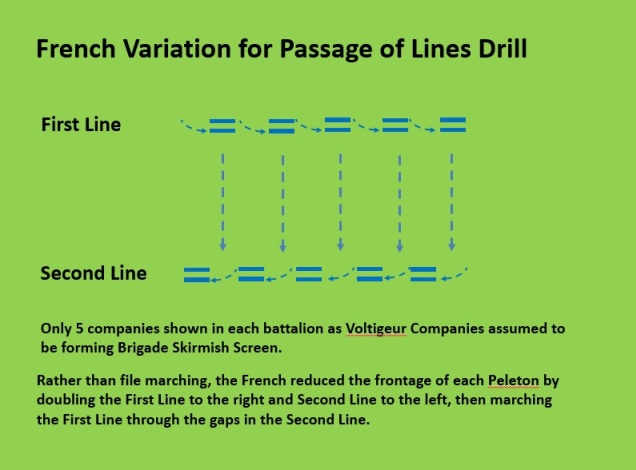 An extract of the full text from French 1791 Regulations is below:

Here are two examples of Passage of Lines in practice:

“The 17th [Legere] was short on ammunition and was weakening. I ordered general Reille to replace it with the 34th [Ligne]. The passage of lines was executed perfectly by battalion, and at this point in time the sun began to dissipate the fog and we noticed at a short distance three battalions of grenadiers in grands bonnets, whom we struck in the flank.”

The second is a description by Guy Dempsey, in his “Albuera 1811” (Pages 144-145) of Houghton’s and Abercromby’s Brigades conducting a Passage of Lines to relieve Zayas’ Spanish Division:

“These shouts were the signal to start a ‘passage of lines’ manoeuvre in which the Spanish soldiers filed off to the rear using the intervals between the British battalions, which then moved up to face the enemy in place of the troops who had retired.”

“This successful passage of lines was a remarkable feat since it involved units of mixed quality who were in the immediate presence of the enemy at the time the manoeuvre took place. No matter how well the manoeuvre was performed, however, it exposed the allies to extreme danger because the northern knoll occupied by the Spaniards had to be briefly abandoned as they moved off before the British could move up. The French immediately pushed some skirmishers forward to where the Spaniards had been and they opened up on the approaching British Line.”

“The French had not otherwise occupied the vacated ground and their failure to do so is one of the key mistakes they made during the battle. Their failure is, however, quite understandable as a practical matter because, in a fluke of coincidence, the French were carrying out their own passage of lines at precisely the same time as the allies.”

In conclusion, a Passage of Lines was a potentially hazardous operation, but when successful could be battle winning by bringing fresh troops into the front line.